WE ARE THE FACES OF TRUTH 3

INCONTROVERTIBLE is the first and only feature length documentary we have which portrays the frank and candid views of Police Officers, Firefighters and Soldiers as they express their grave concerns about the official explanation for the events of 9/11. The film is intended to act as a practical aid in combating the mainstream media’s propaganda and outright lies concerning the attacks on September 11th 2001.

This film is intended to be viewed by Police Officers, Firefighters and all those serving in the Armed Forces as they are the among the best placed members of our society to have the ability to change things for the better. If you have friends or family who are serving then please pass this film onto them.

Hooper’s film shows viewers why the fires that broke out in WTC 7 could not have been responsible for its destruction. It also highlights the many ways the official investigation by the National Institute of Standards and Technology fails to explain the physical evidence and eyewitness testimony, from the molten metal discovered under all three skyscrapers to the numerous explosions on the lower floors of each building—explosions that went off both before and during each respective collapse.

http://benswann.com/ Ben Swann Reality Check takes a look at claims by Architects and Engineers for 9/11 Truth about why they say the official story on the collapse of Building 7 is not only untrue, it is not possible. Also, a new poll shows that more and more Americans are now rethinking the official story. 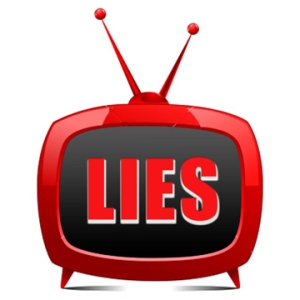 Abby Martin speaks with Kevin Ryan, co-editor of the Journal of 9/11 Studies and author of ‘Another 19’, a book that explores 19 alternative suspects that he alleges had the real means and motive to pull of the 9/11 attacks.

Bush and Cheney, must see justice as the senseless destruction

that they’ve engineered has toppled countries and killed millions!

NEO – 9-11 Plus Thirteen Years – A Decline Into Madness

Another anniversary of 9/11 has just passed. The media inside the US has been inundated with a flurry of Islamophobic missives with contrived conspiracy theories custom designed to resell a narrative no rational person accepts.

The US backing for Al Qaeda in Syria exposed that organization for what it really is and always has been, a CIA front.

The US opposition to ISIS is no longer allowed to use the term “Al Qaeda”, as that term is now used only for US-backed groups. If only this were more confusing, in fact, the public seems to have fallen in line with this “new think” quite seamlessly.

Censorship and controlled news is nothing new. What is new is application of “chaos theory,” a subset of “game theory warfare,” waged by nations through intelligence agencies but, more curiously and far more dangerously, by “guns for hire,” in the employ of what American President John F. Kennedy called “secret societies” — groups intent on promoting an agenda that clearly involves orchestrating history itself.

By this, we don’t just mean events — false flag terrorism, global tensions raised and lowered on command to manipulate financial markets — but creating a bizarre mythology of conspiracy theory and improbable fiction that challenges the nature of reality itself.

We are involved in a planetary war only a select few are aware of — virtual armies involved in “psychological warfare”; false flag terrorism staged using “after next-generation” weapons; cover ups and deflected blame served by billion-dollar computer game software; “crisis actors” and an endless stream of manufactured boogeymen, “Al Qaeda,” or “ISIL” and “Boko Harum,” primitive and untrained, performing magic on command while drowning in cash, satellite telephones and social media exposure.

It is more than simply lying about the news or editing history books. Documents released over the past few months reveal that scientific discoveries over the past century have been misconstrued, suppressed or pushed into a parallel world, where emerging technologies that threaten the “old guard” are restricted to “the elites.”

In 2011, at the G20 Summit at Cannes, the following conversation was overheard by more than a dozen members of the press and later published by CNN:

“I can’t stand him. He’s a liar,” Sarkozy said of Netanyahu, according to the website. Obama replied, “You’re tired of him; what about me? I have to deal with him every day,” the site reported.

Arret Sur Images (“Freeze Frame”) said journalists had listened in on the conversation but had agreed not to report it. The Reuters and Associated Press news services confirmed that report Tuesday.

The issue isn’t just about Netanyahu, to this day a “running joke” after his performance in front of the United Nations General Assembly with his Iranian bomb cartoons, less funny after the recent Gaza genocide.

Today, we’re going to look at the “5th column” also called “the fourth estate.”This year it was the 13th anniversary of 9/11. Over the last 13 years much has been learned.

Most of those involved in the 2005 9/11 Commission long ago admitted their work was a farce. However, the real revelations, including the report Snowden leaked while in Russia, have been buried beneath “semi-official” conspiracy theories or outright censored.

When Snowden leaked the real report, the use of stolen nuclear weapons, an investigation classified at the highest levels when it led right back to the White House, it wasn’t just the mainstream media that refused to print it and ignored it when it was leaked on the internet.

Even when confirmed by top nuclear scientists and UN investigators involved, who submitted their investigation notes, personal photographs and detailed the threats used to silence them — this was not only censored from the mainstream media, but something even stranger happened.

“The best way to control the opposition is to lead it ourselves.”  ― Vladimir Ilich Lenin’

Perhaps the best evidence of Lenin’s insightful observation is seen in today’s “opposition.” Our first and perhaps most blatant group are the “anti-imperialists.”

In a world with centuries of colonial exploitation, class warfare and the growth of political, social and philosophical movements, primary among these the teachings of Karl Marx, the attraction to standing against “monolithic capitalism” attracts many. Little do they know they are also “easy targets” for infiltration.

Long a “wild card,” considered uncontrollable, the anarchists and syndicalists groups Orwell wrote about in Homage to Catalonia, were quickly extinguished during the Spanish Civil War, not by Franco’s legions but by their own allies, the “pure Marxists” who considered them a greater threat than the Fascists.

“Anti-imperialism” — as it was then — is now controlled, orchestrated, hierarchical and a cynical farce. The “pure heart” of anti-imperialism is Zionism, steeped in millennia old “hokum” of Talmudic “master race” theology.

Author William Peter Blatty, in his book, The Exorcist,” or perhaps it was Fr. Malachi Martin, former Vatican Secretary of State, pointed out that when you reach out into the world of the supernatural, there is only one voice that answers, that voice is invariably demonic.

For the anti-imperialist, the “unseen hand” is always the same, call it “Wall Street” or the “Illuminati,” a dozen names, the same face, the same manicured nails, the same Italian shoes, the world of the country club and the circles of material power, life and death, history created and erased by a ruling class of the least able, least deserving and the endless armies of underlings that give us the world we have today.

The anti-imperialists’ origins are historically complex — mercantilism, the Church of Rome, Freemasonry, “bloodline” nobility or, more recently, that perfect blend of crime cartels and intelligence agencies. Their purpose is clear — enslavement, control, tyranny and debasement of mankind, unaccountable, free from the fetters of philosophy or intellect, all consuming … “emptiness” personified.

When it comes to 9/11, I really get disturbed when I hear the above. No the Jews didn’t do 9/11, nor were the Jews told to stay home on 9/11, although the state of Israel was involved on some level with the attacks.

I think a distinction must be made here, between someone who is Jewish and someone who is a Zionist. Modern Zionism is a recent political movement (1890’s ) one that I happen not to agree with. Read More:

NEO – 9-11 Plus Thirteen Years – A Decline Into Madness