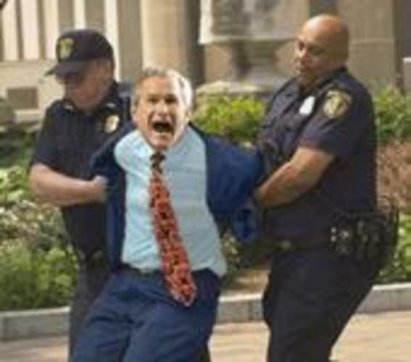 There is one thing that defines everyone over the course of these early years of this new century. That thing is the September, 11 attack. Everyone in government and every field of endeavor the world over is defined by their position on this event. It is not necessary to know the truth. It is only necessary to know the extent of the lies in order to define any leader in any position anywhere in the world. By what they have said and by what they have not said, one can accurately judge who is an enemy of the people’s of the world. One can accurately determine who is a tool of the psychopaths or one of them. 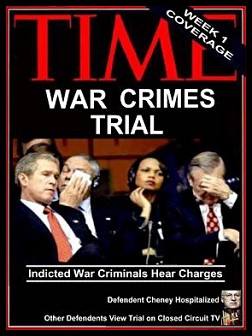 Sleeping With the Devil: How U.S. and Saudi Backing of Al Qaeda Led to 9/11

Posted on September 5, 2012 by WashingtonsBlog

By any measure the US has long used terrorism. In ‘78-79 the Senate was trying to pass a law against international terrorism – in every version they produced, the lawyers said the US would be in violation.

This essay does not address any “inside job” theories for 9/11 or other terrorist attacks on America.  Instead, it focuses on the well-documented fact that the virtually continuous U.S. backing of Al Qaeda terrorists since the late 1970s has led to blowback which has come back to bite us numerous times.

We Created Al Qaeda to Fight the Soviets in Afghanistan

Jimmy Carter’s National Security Adviser Zbigniew Brzezinski admitted on CNN that the U.S. organized and supported Bin Laden and the other originators of “Al Qaeda” in the 1970s to fight the Soviets.

We know of their deep belief in god – that they’re confident that their struggle will succeed. That land over – there is yours – and you’ll go back to it some day, because your fight will prevail, and you’ll have your homes, your mosques, back again, because your cause is right, and god is on your side.

Brzezinski And The Mujahideen 1979

CIA director and Secretary of Defense Robert Gates confirmed in his memoir that the U.S. backed the Mujahadin in the 1970s.

As his unclassified CIA biography states, bin Laden left Saudi Arabia to fight the Soviet army in Afghanistan after Moscow’s invasion in 1979. By 1984, he was running a front organization known as Maktab al-Khidamar – the MAK – which funneled money, arms and fighters from the outside world into the Afghan war.

What the CIA bio conveniently fails to specify (in its unclassified form, at least) is that the MAK was nurtured by Pakistan’s state security services, the Inter-Services Intelligence agency, or ISI, the CIA’s primary conduit for conducting the covert war against Moscow’s occupation.

The CIA, concerned about the factionalism of Afghanistan … found that Arab zealots who flocked to aid the Afghans were easier to “read” than the rivalry-ridden natives. While the Arab volunteers might well prove troublesome later, the agency reasoned, they at least were one-dimensionally anti-Soviet for now. So bin Laden, along with a small group of Islamic militants from Egypt, Pakistan, Lebanon, Syria and Palestinian refugee camps all over the Middle East, became the “reliable” partners of the CIA in its war against Moscow.

To this day, those involved in the decision to give the Afghan rebels access to a fortune in covert funding and top-level combat weaponry continue to defend that move in the context of the Cold War. Sen. Orrin Hatch, a senior Republican on the Senate Intelligence Committee making those decisions, told my colleague Robert Windrem that he would make the same call again today even knowing what bin Laden would do subsequently. “It was worth it,” he said.

“Those were very important, pivotal matters that played an important role in the downfall of the Soviet Union,” he said.

Indeed, the U.S. started backing Al Qaeda’s forefathers even before the Soviets invaded Afghanistan.  As  Brzezinski told Le Nouvel Observateur in a 1998 interview:

Question: The former director of the CIA, Robert Gates, stated in his memoirs [“From the Shadows”], that American intelligence services began to aid the Mujahadeen in Afghanistan 6 months before the Soviet intervention. In this period you were the national security adviser to President Carter. You therefore played a role in this affair. Is that correct?Brzezinski: Yes. According to the official version of history, CIA aid to the Mujahadeen began during 1980, that is to say, after the Soviet army invaded Afghanistan, 24 Dec 1979. But the reality, secretly guarded until now, is completely otherwise Indeed, it was July 3, 1979 that President Carter signed the first directive for secret aid to the opponents of the pro-Soviet regime in Kabul. And that very day, I wrote a note to the president in which I explained to him that in my opinion this aid was going to induce a Soviet military intervention.

***
Q: And neither do you regret having supported the Islamic fundamentalism, having given arms and advice to future terrorists?

B: What is most important to the history of the world? The Taliban or the collapse of the Soviet empire? Some stirred-up Moslems or the liberation of Central Europe and the end of the cold war?

The primers, which were filled with talk of jihad and featured drawings of guns, bullets, soldiers and mines, have served since then as the Afghan school system’s core curriculum. Even the Taliban used the American-produced books ….

The Council on Foreign Relations notes:

The 9/11 Commission report (PDF) released in 2004 said some of Pakistan’s religious schools or madrassas served as “incubators for violent extremism.” Since then, there has been much debate over madrassas and their connection to militancy.