THERE IS NO NEGOTIATING WITH BELLIGERENCE

U.S, and Israeli interest being one, along with NATO and Saudi Arabia acting belligerently
across the globe for at least 100 years. Lets take a small looks.

Israel and Saudi Arabia are Sisters:

Obama Orders New Round of Sanctions on Russia – ABC News http://abcnews.go.com/Politics/wireStory/obama-make-statement-ukraine-22984094#.Uys5OaVUvGQ.twitter  via @ABC #SANCTIONS ARE ACTS OF #WAR

THIS IS AN ACT OF WAR, AND THERE IS NO NEGOTIATING WITH BELLIGERENCE:
Israel strikes Syria AGAIN – 3-19 2014: 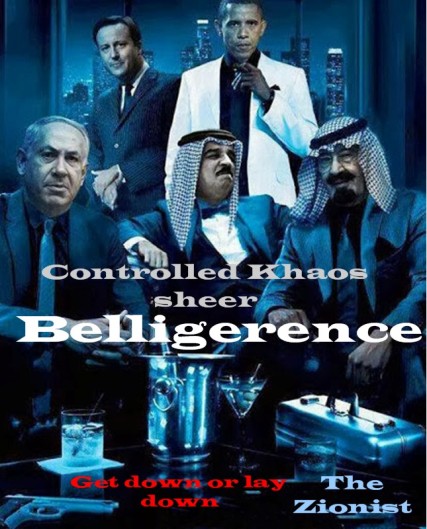 Gerald Celente – Trends In The News – “Pledge To Foreign Allegiances?”

Kerry at AIPAC: Israel’s security is our first priority

Kerry pledges lasting US support to Israel at AIPAC conference

US Secretary of State John Kerry addressed the annual three-day conference of the powerful American Israel Public Affairs Committee on Monday, promising that the US ‘will stand firmly’ by Israel’s side. Duration: 01:26 – http://kare11.tv/OXNNLv

Ukraine Crisis – What You’re Not Being Told

Do not be fooled, this control through Khaos is Class Warfare.

Class War on a Global Scale

As noted, all the schemes and wars of regime change, whether by the traditional military means or by the “soft” power of the global financial juggernaut, essentially represent one thing: a disguised class war on a global level, a relentless worldwide economic war by the one percent financial-economic oligarchy against the rest of the world population.

Class struggle in an economically-tiered society is of course not new. What is relatively new in the recent years’ war of the 1% against the 99% is its escalated pace, its widespread scale and its globally orchestrated character. While neoliberal austerity attacks on the living conditions of the public in the core capitalist countries began (formally) with the supply-side economics of President Ronald Reagan and Prime Minister Margaret Thatcher more than three decades ago, the brutality of such attacks have become much more severe in the context of the current financial/economic crisis, which began with the 2008 financial crash in the United States.

Taking advantage of the crash (as an economic shock therapy, as Naomi Klein put it), the financial oligarchy and their proxies in the governments of the core capitalist countries have been carrying out a systematic economic coup d’état against the people the ravages of which include the following:

• Transfer of tens of trillions of dollars from the public to the financial oligar­chy through merciless austerity cuts;

• Allocation of the lion’s share of government’s monetary largesse (and of credit creation in general) to speculative investment instead of real investment;

• Systematic undermining of the retirement security of millions of workers (both white and blue collar) and civil servants;

• Ever more blatant control of economic and/or financial policies by the rep­resentatives of the financial oligarchy.

Combined, these policies have significantly aggravated the already lopsided income/wealth distribution in these countries. The massive cuts in social spending have resulted in an enormous transfer of economic resources from the bottom up. The transfer has, indeed, more than made up for the 2008 losses of the financial speculators. In the U.S., for example, the wealthiest one percent now own 40 percent of the entire country’s wealth; while the bottom 80 percent own only seven percent. Likewise, the richest one percent now take home 24 percent of the country’s total income, compared to only nine percent four decades ago [4].

This shows that, as pointed out earlier, while neoliberal attacks on the 99% in the core capitalist countries may not seem as violent as those raging, for example, in Venezuela, Syria or Ukraine, the financial impact of such attacks on the living conditions of the 99% is not any less devastating.

Plutocrats of the World Are United 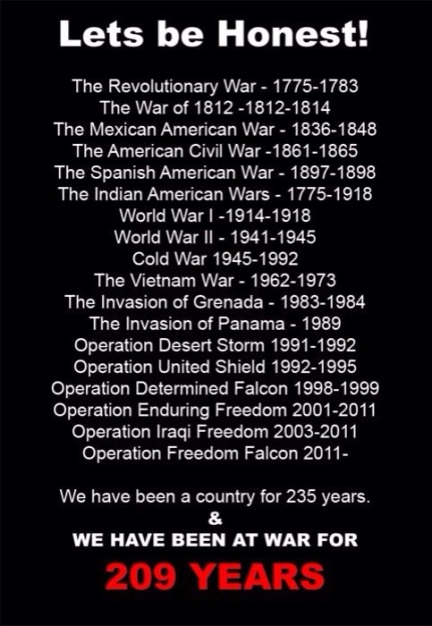