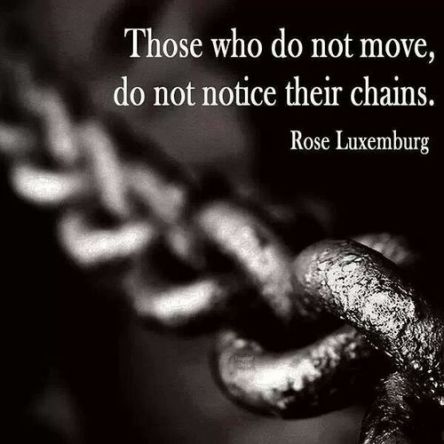 Cursed Shall Thou Be: Slavery By Another Name

Prisons are NOT Part of the Natural Order

Dan Piper speaks at the Hartford 24/05/2014 at the rally in support of “Jane Doe.” Tells a surprising history of prisons in America.

(The Root) — Though President Abraham Lincoln ended slavery with the signing of the Emancipation Proclamation in 1863, slaves in Texas had no knowledge of their freedom until two and a half years later. On June 19, 1865, Union soldiers arrived in Galveston and declared the end of the Civil War, with General Granger reading aloud a special decree that ordered the freeing of some 200,000 slaves in the state.

Because of the delay, many African Americans started a tradition of celebrating the actual day slavery ended on June 19 (also known as Juneteenth). But for some, their cheers were short-lived. Thanks to the South’s lucrative prison labor system and a deceptive practice called debt peonage, a kind of neo-slavery continued for some blacks long into the 1940s. The question then arises: When did African Americans really claim their freedom?

Chattel slavery in the classic sense ended with the Civil War’s close and Lincoln’s Emancipation Proclamation. Reconstruction followed, creating new opportunities for African Americans who owned and profited from their own land and dug into local politics.

“It’s important not to skip over the first part of true freedom,” says Douglas Blackmon, author of Slavery by Another Name: The Re-Enslavement of Black Americans From the Civil War to World War ll and co-executive producer of the eponymous documentary film. “Public education as we know it today and the first property rights for women were instituted by African-American elected officials.”

But the social achievements were fleeting.

“Put yourself in that place,” Blackmon says. “You’re enslaved, then liberated for 30 years, and then all of a sudden, a certain group of people begin a campaign to force you back into slavery.”

Across the South, laws were instituted that stripped African Americans of their rights, making celebrations like Juneteenth a distant memory. A prison-labor paradigm developed. Jail owners profited from the hard labor of their black inmates who were incarcerated for petty crimes like vagrancy, which carried long sentences.

Prisons sold their workforce to nearby industrial companies to work as coal miners, for example, for as much as 9 dollars a month, and inmates were often worked to death. Elsewhere, whites fabricated debt owed by blacks, forcing them into peonage and trading years of free work for their freedom, a practice that spread across the Bible Belt.

But in 1941 President Franklin D. Roosevelt moved against that notion. Following the bombing of Pearl Harbor during World War II by Japanese troops, Roosevelt signed Circular No. 3591 (pdf), giving teeth to the Anti-Peonage Law of 1867, which criminalized the practice. Dispatching a federal investigation, Roosevelt’s team prosecuted guilty whites and effectively ended peonage in 1942.

However, African-American second-class citizenship has reappeared as a result of the war on drugs and draconian laws created during the 1980s. As civil rights litigator and author Michelle Alexander points out in her recent book, The New Jim Crow: Mass Incarceration in the Age of Colorblindness, the subjugation of African Americans through criminalization continues through the prison industrial complex. Source here: 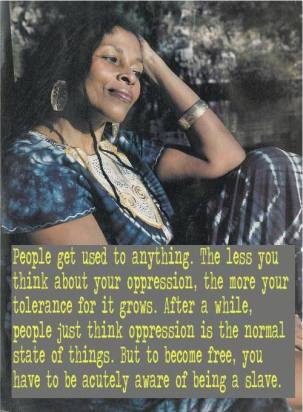 Peonage, also called debt slavery or debt servitude, is a system where an employer compels a worker to pay off a debt with work. Legally, peonage was outlawed by Congress in 1867.  However, after Reconstruction, many Southern black men were swept into peonage though different methods, and the system was not completely eradicated until the 1940s.

In some cases, employers advanced workers some pay or initial transportation costs, and workers willingly agreed to work without pay in order to pay it off. Sometimes those debts were quickly paid off, and a fair wage worker/employer relationship established.

In many more cases, however, workers became indebted to planters (through sharecropping loans), merchants (through credit), or company stores (through living expenses). Workers were often unable to re-pay the debt, and found themselves in a continuous work-without-pay cycle.

But the most corrupt and abusive peonage occurred in concert with southern state and county government. In the south, many black men were picked up for minor crimes or on trumped-up charges, and, when faced with staggering fines and court fees, forced to work for a local employer would who pay their fines for them. Southern states also leased their convicts en mass to local industrialists. The paperwork and debt record of individual prisoners was often lost, and these men found themselves trapped in inescapable situations. Source here:

Guess who employs the most illegal immigrants