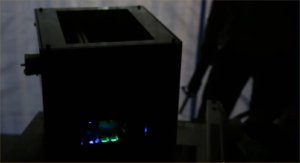 Ghost Gunner is a general purpose CNC mill, built upon a large body of open source work, including the gshield 3 axis motion hardware, the grbl g-code parser and motion controller, and popular microcontrollers. All Ghost Gunner schematics and design files will be published into the public domain, and anyone can program anything for the machine. 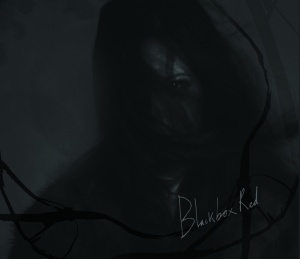 People who crave political power think they have the right to forcibly dominate and control everyone else, and that’s a lot easier for them if their thugs outgun their intended victims. Well, an outfit called “Ghost Gunner” (www.ghostgunner.net) is doing its part to mess up the tyrants’ game. Check out this video:

As shipped, Ghost Gunner manufactures any mil-spec AR-15 lower receiver to completion. With simple tools and point and click software, the machine automatically finds and aligns to your 80% lower to get to work. No prior CNC knowledge or experience is requried to manufacture from design files. Legally manufacture unserialized AR-15’s in the comfort and privacy of your home.

Ghost Gunner is built from rigid plasma-cut A36 steel and 304 stainless steel. The machine part count is greatly reduced compared to traditional CNC machines, which both increases rigidity and further decreases cost. The end result is a small, cheap, and simple machine that exceeds most consumer-priced CNC machine specifications. The first of its kind.

Due to Federal regulatory overreach, Ghost Gunner is now the only affordable CNC solution for privately finishing your 80% lower receiver. No regisration and serialization required.

Beyond files of our own .DD format, Ghost Gunner is meant to accept TinyG code from any CAM program. The platform is open and the plans and files will be disclosed to the public domain.

CNC mills with this level of quality and automation retail for thousands of dollars. At $1500, Ghost Gunner is the only affordable, automated package for expanding the rifleman’s material and political franchise.