Few are aware of early American Abolition’s strong opposition to slavery. I like to give a few short examples that you can research fully yourselves just to show there was always opposition to the enslavement of human capital and that this opposition took on many forms.

Benjamin Lay the “Quaker Comet” Was the Greatest Abolitionist You’ve Never heard of.

Overlooked by historians, Benjamin Lay was one of the nation’s first radicals to argue for an end to slavery 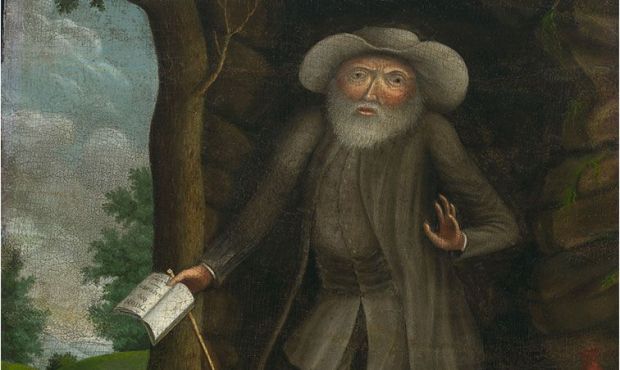 On September 19, 1738, a man named Benjamin Lay strode into a Quaker meetinghouse in Burlington, New Jersey, for the biggest event of the Philadelphia Yearly Meeting. He wore a great coat, which hid a military uniform and a sword. Beneath his coat Lay carried a hollowed-out book with a secret compartment, into which he had tucked a tied-off animal bladder ﬁlled with bright red pokeberry juice. Because Quakers had no formal minister or church ceremony, people spoke as the spirit moved them. Lay, a Quaker himself, waited his turn.

He ﬁnally rose to address this gathering of “weighty Quakers.” Many Friends in Pennsylvania and New Jersey had grown rich on Atlantic commerce, and many bought human property. To them Lay announced in a booming voice that God Almighty respects all peoples equally, rich and poor, men and women, white and black alike. He said that slave keeping was the greatest sin in the world and asked, How can a people who profess the golden rule keep slaves? He then threw off his great coat, revealing the military garb, the book and the blade.

A murmur ﬁlled the hall as the prophet thundered his judgment: “Thus shall God shed the blood of those persons who enslave their fellow creatures.” He pulled out the sword, raised the book above his head, and plunged the sword through it. People gasped as the red liquid gushed down his arm; women swooned. To the shock of all, he spattered “blood” on the slave keepers. He prophesied a dark, violent future: Quakers who failed to heed the prophet’s call must expect physical, moral and spiritual death.

The room exploded into chaos, but Lay stood quiet and still, “like a statue,” a witness remarked. Several Quakers quickly surrounded the armed soldier of God and carried him from the building. He did not resist. He had made his point.

How Black Abolitionists Changed A Nation 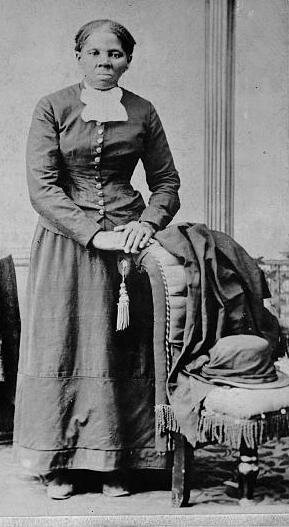 This year we commemorate the 150th anniversary of the passage of the 13th Amendment to the Constitution — abolishing slavery. So it’s worth pointing out that the emancipation movement in 19th century America was pushed forward by many different forces: enlightened lawmakers, determined liberators of captive slaves and outspoken abolitionists — including an influential number who were black.

With the national debate over slavery escalating toward civil war, explains history professor Roy E Finkenbine at the University of Detroit, Mercy, the militant abolitionist movement, which was largely championed by Northerners, battled an aggressive defense of slavery that was based mostly in the South.

In the midst of this societal schism, “black abolitionists were the one set of voices that could bring credibility to the debate. This was especially true of those who had experienced slavery — ‘felt the lash’ and ‘worn the shoe,’ as it were,” Finkenbine says.

∴ Bellow is an excerpt from Slavery and the Abolition Society Also referred as the Abolition Society, provided by The Ben Franklin Historical Society documenting Franklin’s changing view of slaves, slavery and his Abolitionist opposition to the peculiar institution in his later days. I would just remind that slaves were forbid education, to be taught or to teach themselves in the early Americas.

Click thru to con: How Black Abolitionists Changed A Nation

“What to the Slave is 4th of July” Frederick Douglass Speech

Excerpts from: Frederick Douglass and the abolitionist movement 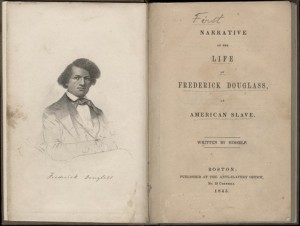 Douglass joined the American Anti Slavery Society in 1841 as an agent. His role was to travel and deliver speeches, distribute pamphlets and get subscribers to the Liberator. He traveled the country for four years until 1845 when he found himself in a dangerous situation as a fugitive slave.

During the years Douglass toured the country many had started to doubt if he was truly who he said he was, a fugitive slave. Because he was so eloquent and knew to how to read and write many doubted his story was true. With the support of friends he was motivated to write his autobiography “Narrative of the Life of Frederick Douglass” which was published in 1845.

Afraid for his safety he had to flee to the United Kingdom. He toured England, Ireland, Scotland and Wales giving speeches and networking. Here he met many supporters. Ellen Richardson and Henry Richardson raised funds to buy Douglass’ freedom which protected him from the fugitive slave laws of 1793 and 1850. He was a free man.

He was one of many supporters of the Underground Railroad, harboring fugitive slaves many times in his own house. At one time he had 10 runaways hiding in his home. 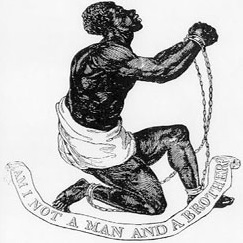 The first call for the abolition of slavery in America came in 1688 from the Quakers in Pennsylvania. The Quakers formed the first American Abolition Society in 1775. In 1787 Benjamin Franklin became president of the Society. In 1790, two months before his death, Franklin petitioned Congress, for the first time, to eliminate slavery in his famous “Petition from the Pennsylvania Society for the Abolition of Slavery”. The petition was immediately rejected by pro-slavery congressmen, mostly from the south. A committee assigned to its study claimed that the 1787 Constitution refrained Congress from abolishing slavery or its trade.

In 1807 President Jefferson prohibited the international trade of slaves, however internal trade was allowed. The abolitionist movement was largely unorganized and scattered achieving some success.

During the 1820s and 1830s the American Colonization Society established the colony of Liberia in Africa and by 1865 over 10,000 African American slaves had migrated to Liberia. Supporters included Henry Clay, James Monroe and Abraham Lincoln.

Second Great Awakening and the Church

In the 1830s a drastic change took place in the abolitionist movement. The Second Great Awakening, a religious revival, stressed the morals of upholding God’s will in society. Slavery was considered a sin. Churches, specially the Evangelical Protestant church, were the starting point to the emergence and spread of abolitionist ideas in northern society. Nathaniel Taylor, Charles Finney and Lyman Beecher were some of the leaders of the Second Great Awakening.

Slavery and the Abolition Society 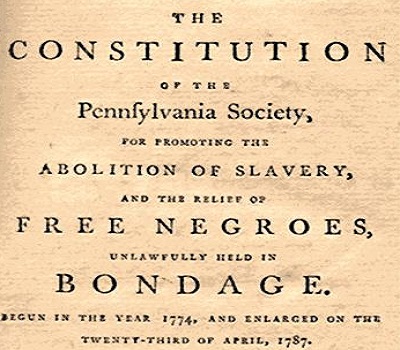 Like most citizens of his time Benjamin Franklin owned slaves and viewed them as inferior to white Europeans, as it was believed they could not be educated. His newspaper the Pennsylvania Gazette advertised the sale of slaves and frequently published notices of runaways. However, he also published antislavery ads from Quakers.

Franklin owned slaves from as early as 1735 until 1781. The Franklin household had six slaves; Peter, his wife Jemima and their son Othello, George, John and King.

After 1758 Franklin gradually changed his mind when his friend Samuel Johnson brought him to one of Dr. Bray’s schools for black children. Dr. Bray Associates was a philanthropic association affiliated to the Church of England. In 1759 he joined the association by donating money.

We need a new economic system if we, our children, and our grandchildren are going to live in a just, humane, peaceful, and sustainable world. The transition can be envisaged as a democratic, nonviolent restructuring of basic economic institutions.

Although workplace democracy should be the norm throughout society, it needn’t be the case that all businesses conform to this norm.