I Am NOT A Label

A Poem about Labels, and why we MUST get rid of them.

Make it your own !

Counter-economics: THIS is what a REAL revolution looks like

Today James talks to Derrick Broze of TheConsciousResistance.com about the philosophy of agorism, the practice of counter-economics, and how the combination of this theory and practice is the true path to dismantling the state. 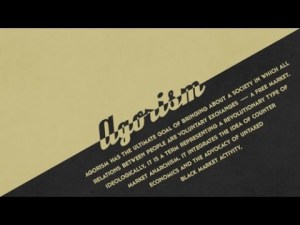 Click thru pic
This is how they control the people on the slave colonies. They solve the basic problems of food, clothing & shelter by providing you with jobs. Every two weeks they pay you in debt notes & within ten days you have given it all back. You don’t even know it’s not real money & that the nations are all bankrupt & under bankruptcy everything is prepaid. You are so brainwashed you can’t believe it, you deny it & you continue to go along with the corporate central bank tax scam. That leaves you free to solve more pressing problems like pizza or burgers, wine or beer, window or aisle, smoking or non, I love Lucy or American Idol Worship. You work all day in a corporate sweat shop. You pay taxes to the corporation of [your country name] then you watch Fake news scare you to death with war, murder, rape & corruption. You watch some sitcom Friends lie & cheat on each other for a laugh then you finish off the evening by witnessing some Criminal Minds plot & commit murder

Robert Reich: Lobbyists are snuffing our democracy, one legal bribe at a time 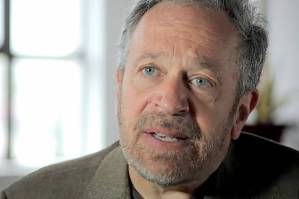 Washington has been rocked by the scandal of J. Dennis Hastert, the longest-serving Republican speaker in the history of the U.S. House, indicted on charges of violating banking laws by paying $1.7 million (as part of a $3.5 million agreement) to conceal prior misconduct, allegedly child molestation.

That scandal contains another one that’s received less attention: the fact that Hastert, who never made much money as a teacher or a congressman, could manage such payments because after retiring from Congress he became a high-paid lobbyist.

This second scandal is perfectly legal but it’s a growing menace.

This isn’t because more recent retirees have had fewer qualms. It’s because the financial rewards from lobbying have mushroomed, as big corporations and giant Wall Street banks have sunk fortunes into rigging the game to their advantage.

In viewing campaign contributions as the major source of corruption we overlook the more insidious flow of direct, personal payments – much of which might be called “anticipatory bribery” because they enable office holders to cash in big after they’ve left office.

For years, former Republican House majority leader Eric Cantor was one of Wall Street’s strongest advocates – fighting for the bailout of the Street, to retain the Street’s tax advantages and subsidies, and to water down the Dodd-Frank financial reform legislation.

Just two weeks after resigning from the House, Cantor joined the Wall Street investment bank of Moelis & Co., as vice chairman and managing director, starting with a $400,000 base salary, $400,000 initial cash bonus, and $1 million in stock.

As Cantor explained, “I have known Ken [the bank’s CEO] for some time and … followed the growth and success of his firm.”

Exactly. They had been doing business together so long that Cantor must have anticipated the bribe.

Anticipatory bribery undermines trust in government almost as much as direct bribery. At a minimum, it can create the appearance of corruption, and raise questions in the public’s mind about the motives of public officials.

Was the Obama White House so easy on big Wall Street banks – never putting tough conditions on them for getting bailout money or prosecuting a single top Wall Street executive – because Tim Geithner, Barack Obama’s treasury secretary, and Peter Orszag, his director of the Office of Management and Budget, anticipated lucrative jobs on the Street? (Geithner became president of the private-equity firm Warburg Pincus when he left the administration; Orszag became Citigroup’s vice chairman for global banking.)

Another form of anticipatory bribery occurs when the payment comes in anticipation of a person holding office, and then delivering the favors.

According to the New York Times, as Marco Rubio ascended the ranks of Republican politics, billionaire Norman Braman not only bankrolled his campaigns but subsidized Rubio’s personal finances.

A case of anticipatory bribery? Certainly looks like it. In the Florida legislature, Rubio steered taxpayer funds to Braman’s favored causes, including an $80 million state grant to finance a genomics center at a private university and $5 million for cancer research at a Miami institute. “When Norman Braman brings [a proposal] to you,” Rubio said, “you take it seriously.”

Hillary and Bill Clinton have made more than $25 million for 104 speeches since the start of last year, according to disclosure forms filed with the Federal Election Commission in mid May – of which she delivered 51, earning more than $11 million of the total.

Now that she’s running for president, she’s stopped giving paid speeches. But her husband says he intends to continue. “I gotta pay our bills,” he told NBC News.

Anticipatory bribery? Asked about his paid speeches, some of which pay $500,000 or more, Bill Clinton said, “People like to hear me speak.”

That may be the reason for the hefty fees, but is it possible that some portion comes in anticipation his having the intimate ear of the next president?

We need some rules here.

First, former government officials, including members of Congress, shouldn’t be able to lobby or take jobs in industries over which they had some oversight, for at least three years after leaving office.

Second, anyone who runs for office should bear the burden of showing that whatever personal payments they received up to three years before were based on their economic worth, not anticipated political clout.

Finally, once they declare, even their spouses should desist from collecting big bucks that could look like anticipatory bribes. See Salon source at more info:

A new bizarre kind of Holocaust revisionism has landed, incredibly blaming Palestinians for inspiring Hitler to exterminate the Jewish race.

Israeli Prime Minister Benjamin Netanyahu is not known for his nuance, but his disregard for historical facts themselves took a new turn today as he claimed, in a speech in Israel, that Nazi leader Adolf Hitler actually did not want to exterminate Jews until a Palestinian religious leader convinced him otherwise.
Read what Netanyahu said:

Holocaust historian admits legally there is no physical evidence of gassings, a “final solution”, and other myths.

Michael Hoffman questions the legitimacy of anyone’s claim of being a Jew.
Michael’s web site is:

Tarachansky has set out to address the inconvenient truth about the Nakba, the 1948 ethnic cleansing of Palestine. Doing so is vital for justice to be achieved, she believes.

Not only does On the Side of the Road confront the reality of 1948, it examines how Israelis deal with that past today — how it is taught to the young; how the facts about it are available; how those facts are sometimes deliberately ignored.

Tarachansky has broken this taboo as part of what she makes clear is a long and ongoing process of rejecting Zionism. When she was six year old, Tarachansky was brought from Ukraine to the occupied West Bank by her mother. She grew up in the settlement of Ariel on land stolen from the Palestinians, yet inculcated with the idea that the Palestinians were an enemy of Jewish people.
“Delegitimize Zionism,” says Israeli filmmaker” Read more:

Zion Ultimate Goal: Greater Israel, From The Nile To The Tigris & Euphrates Rivers

A Very Dangerous Megalomaniac Psychosis and Fascism in Israel, when the truth is hate speech !
Zoabi on Sunday told Channel 2 Online that an Israeli pilot “is no less a terrorist than a person who takes a knife and commits a beheading.”
She said she believes that “both are armies of murderers, they have no boundaries and no red lines.”
“In Iraq and Syria they have their picture taken with a knife and here they have their picture taken with dead bodies and with their bombardments and they also laugh,” she said. “The M-16 and the bombardments kill more than a knife.”
Her remarks drew harsh responses from fellow Israeli lawmakers, including Likud MK Miri Regev, who said, “Zoabi is a dangerous enemy of the Israeli public who should not be in the Knesset.” Regev also said Zoabi’s “incitement are as grave as the acts of a terrorist who harms innocents.”
Read more at The Ugly Truth:

The people of Israel deserve Benjamin Netanyahu as their leader and they deserve to have that fact reflected upon them. For all the evil the man represents it speaks to Israel itself.

Carte Blanche
Scientists say that with manmade disasters piling up, mankind’s hurtling down the path of self-destruction. They believe humanity is closer than ever before to doomsday and has set the metaphorical Doomsday Clock to only 100 seconds to midnight – an indication that the threat level is critical. However, they also say that every right choice from individuals to global leaders can make a difference to the fate of the world. — Visit the Carte Blanche official site: https://mnet.dstv.com/show/carte-blanche